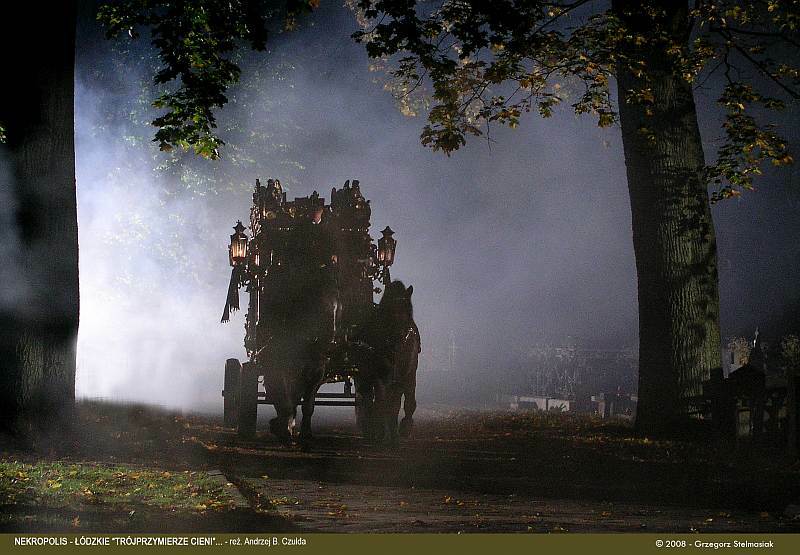 
Cemeteries are places with an unusual atmosphere, where time becomes a special dimension in which feelings and memory count. They connect the present with the past, and monuments and epitaphs remind of those who have gone forever. Cemeteries of exceptional historical and artistic significance include not only Warsaw Powązki or Cracow Rakowice, but also the Old Cemetery at ul. Ogrodowa in Lodz. In a special way he talks about the history of the city, about the life and fate of its inhabitants, and its three-faith nature makes it a unique cemetery on a national and European scale. For a long time, it was somewhat an elite cemetery – a burial place of representatives of old bourgeois families and great industrialists, as well as residents of Łódź, distinguished for the city. The unique position of the Old Cemetery is not only due to its age or three-faith character but also to the beauty of the composition. It consists of the entire historic landscape of this necropolis with monumental trees, artistically refined sculptures, magnificent grave chapels, among which you can find not only pearls of cemetery architecture but also historical memorabilia. Over 200 tombs have been entered in the register of monuments, and many of the graves remind us of the patriotism, sacrifice, and merits that many of the buried Łódź put to the city and its community. All this prompts reflection and a question, would Łódź exist without such shadows that were included in the Old Cemetery? And would it be as it is today?

Film co-financed by the second edition of the Lodz Film Fund in 2008.