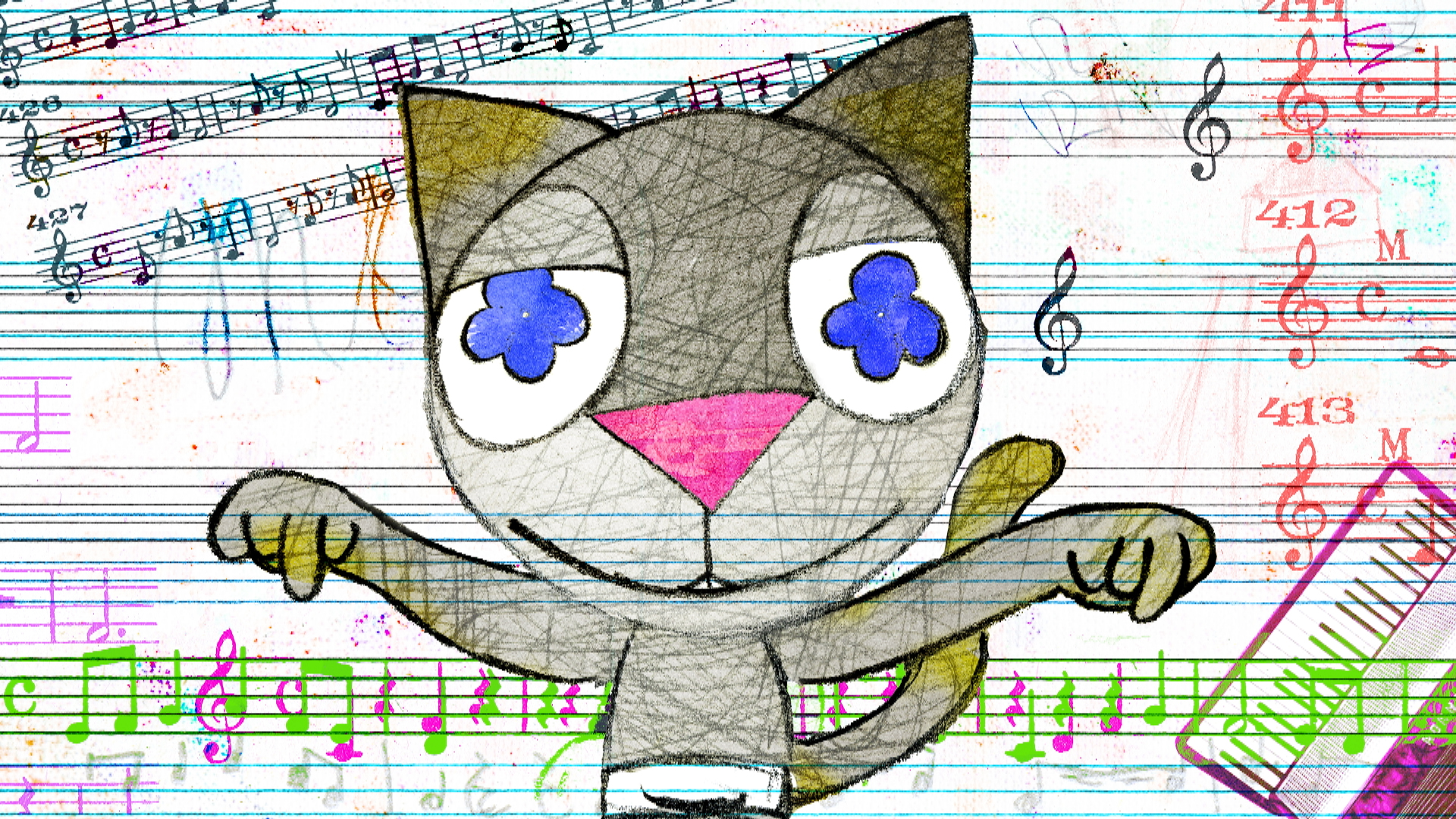 
In a notebook-notebook full of various attractions, the collage method presents the story of Pimpusia the cat, son of the Sadełków family. Mischievous Pimpuś goes to the school of Mrs. Matusowa “Pod Pierogiem”. Education is not easy: they chase the poor man out of the kitchen, nodding on a stool in the dining room, pulls off a tablecloth with dishes with dinner, causing general confusion. At night in the bedroom, the pillow battle ends in a total mess – Pimpusia pulling the bedding to the floor. He must clean everyone’s shoes as a punishment. But the kitty doesn’t want to mischief. He catches dogs, but he gets so hard from them that he decides to improve this time. Animation co-financed by the Lodz Film Fund in 2010.