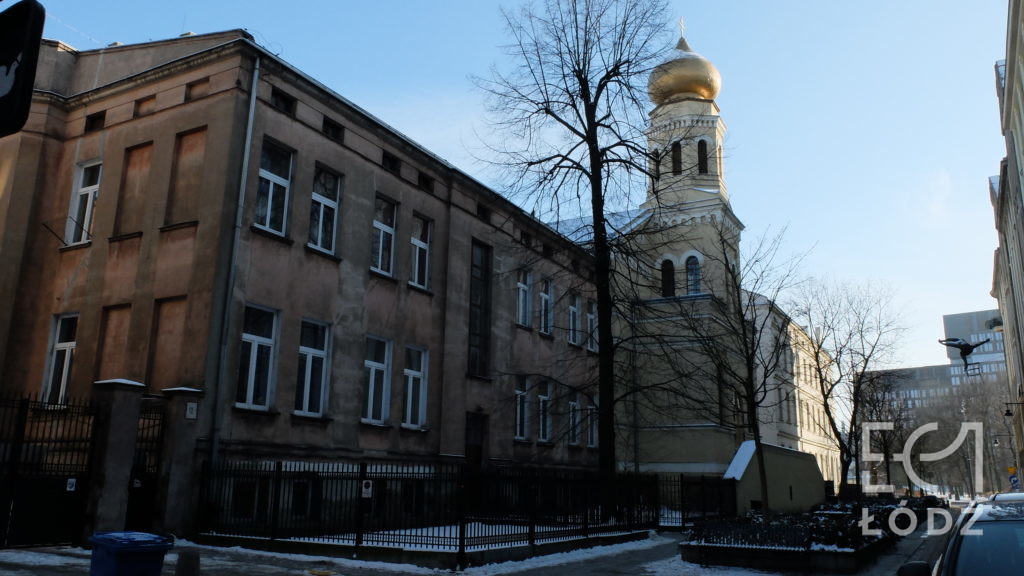 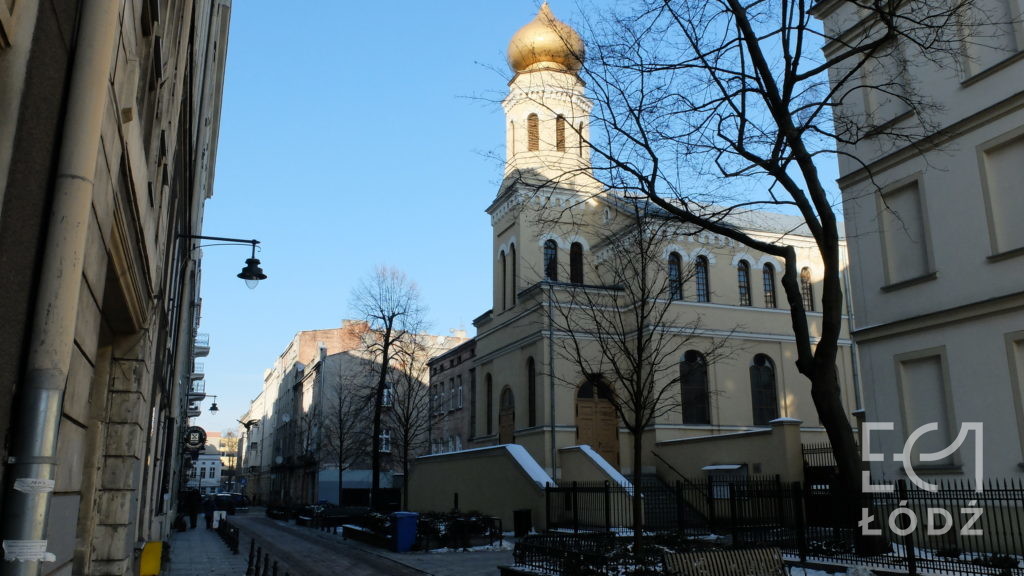 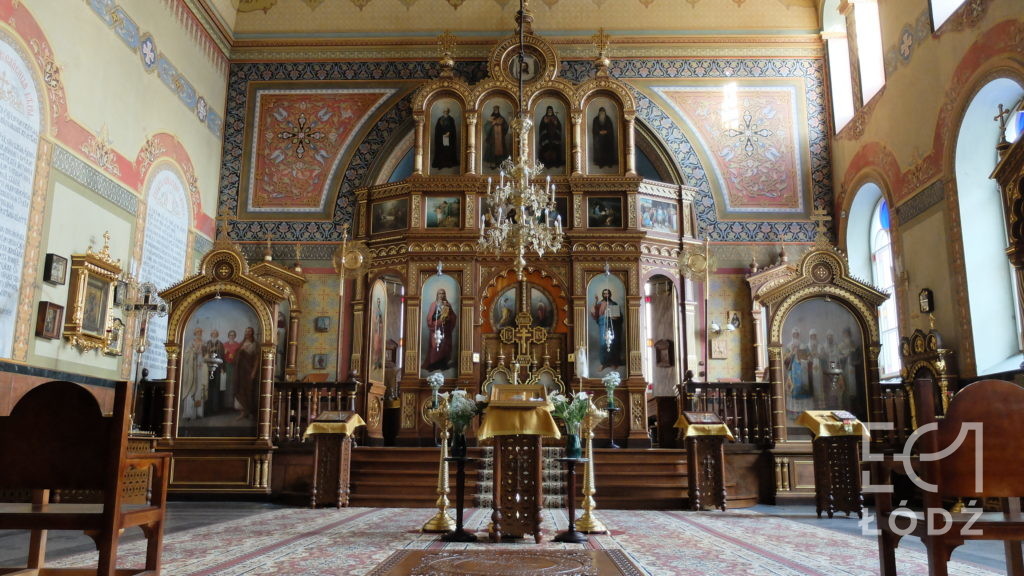 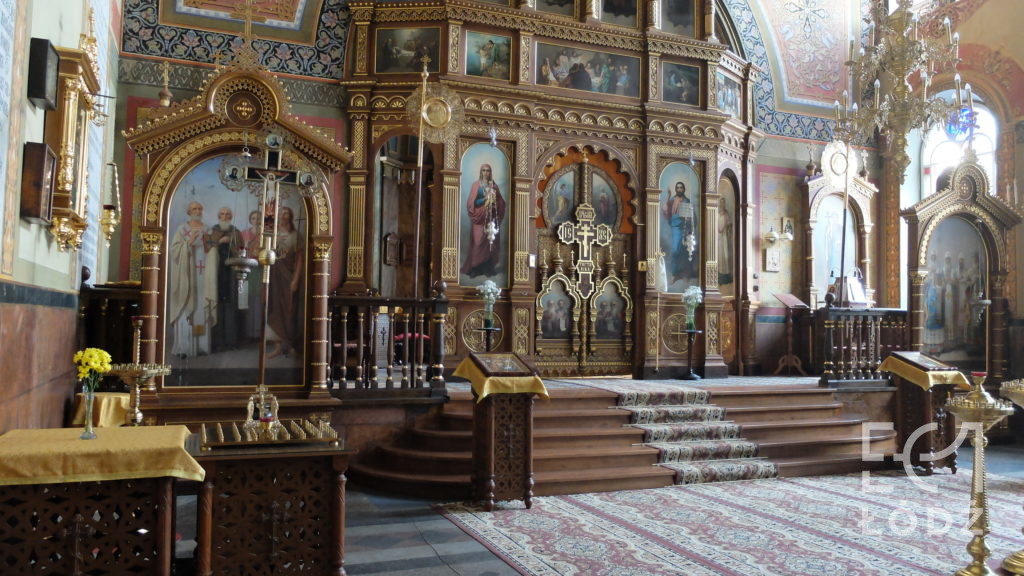 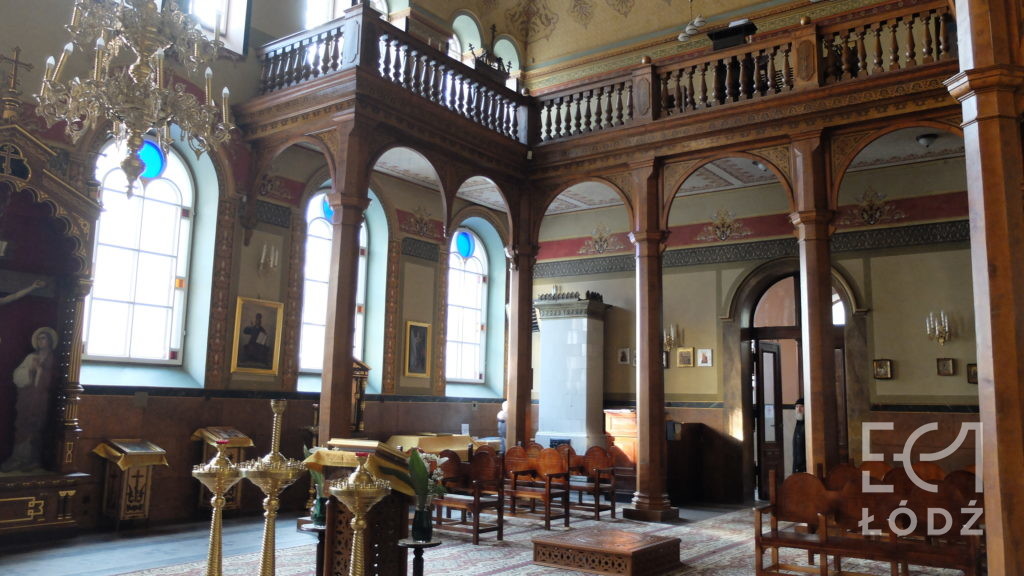 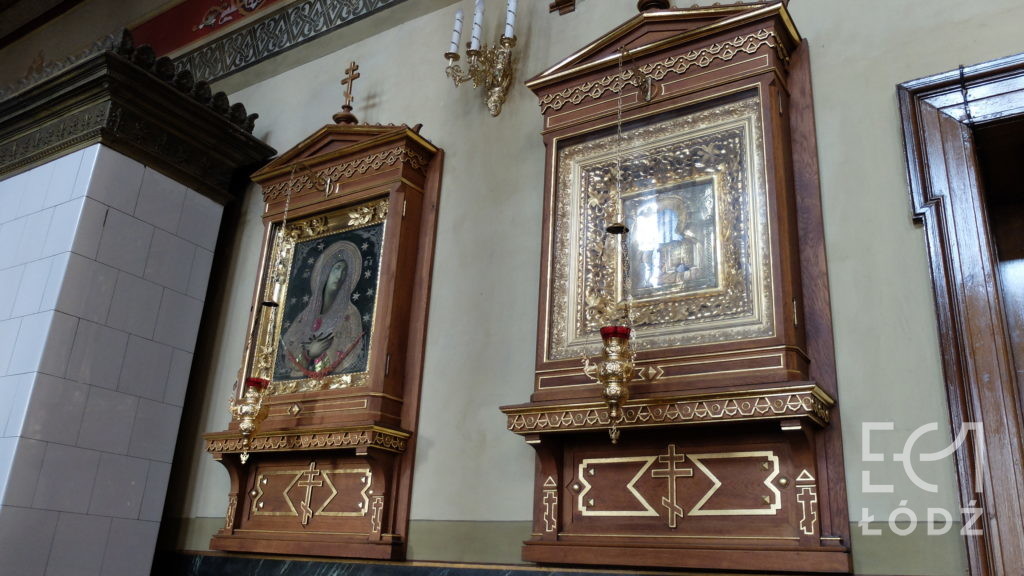 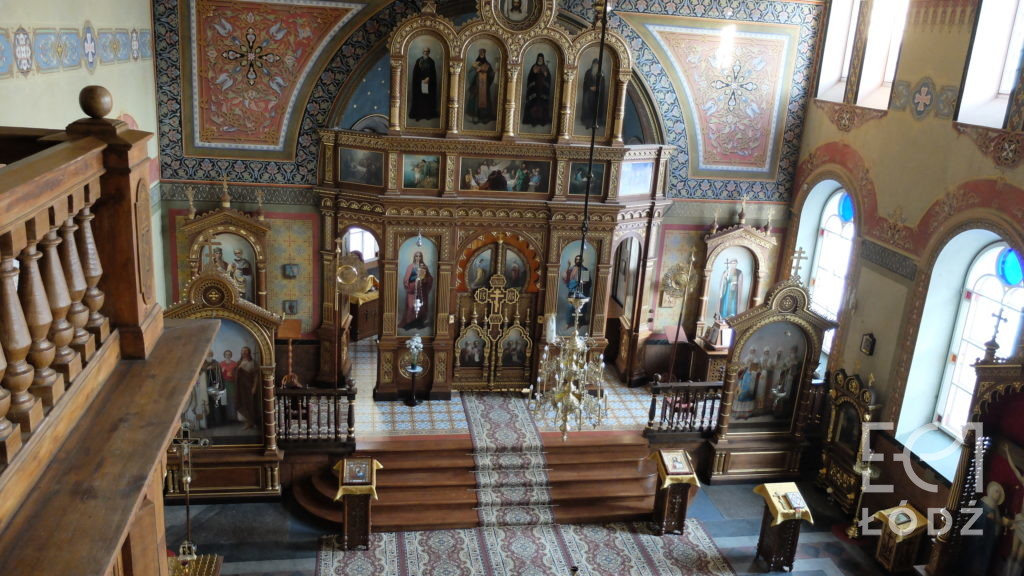 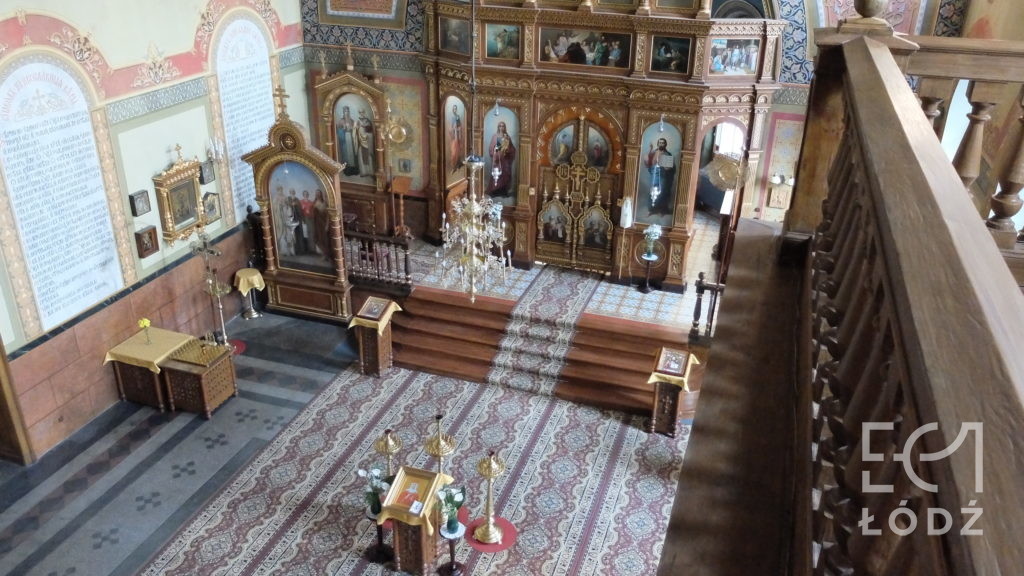 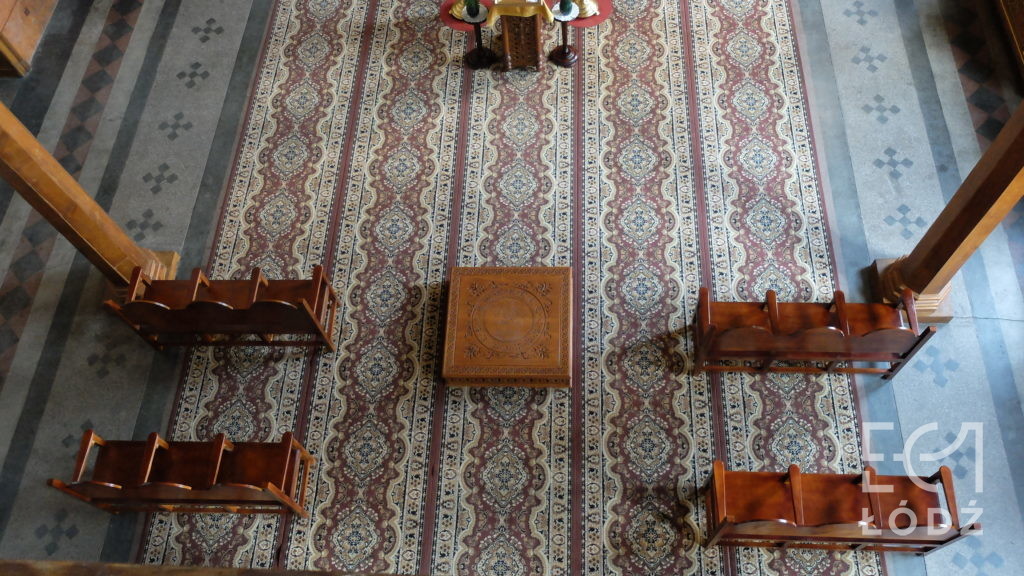 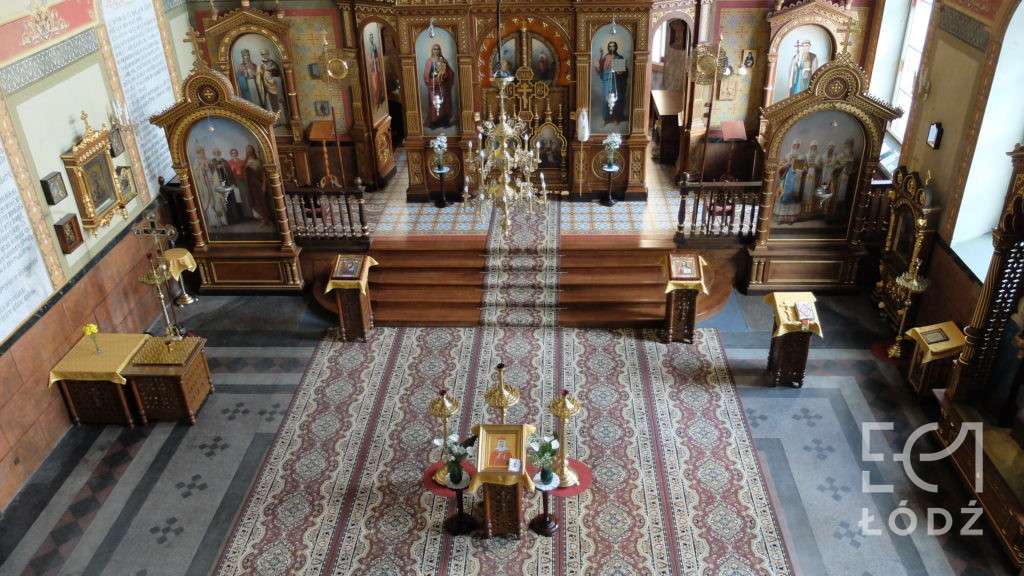 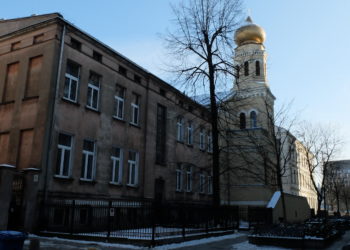 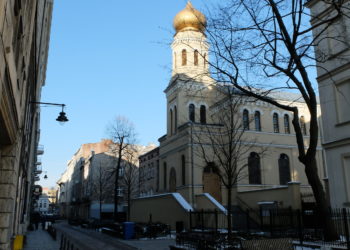 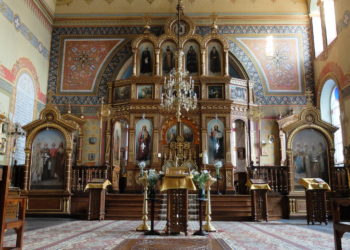 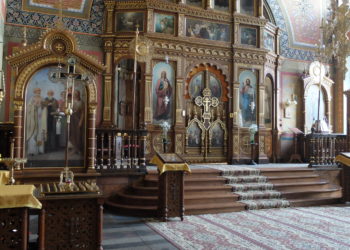 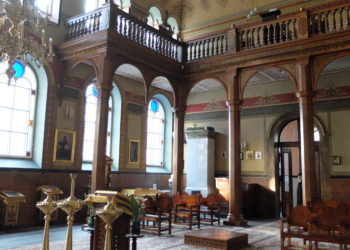 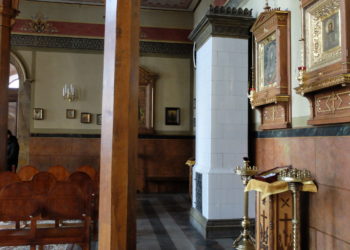 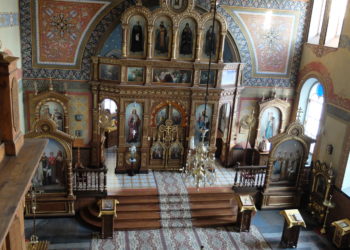 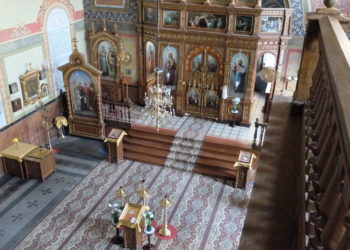 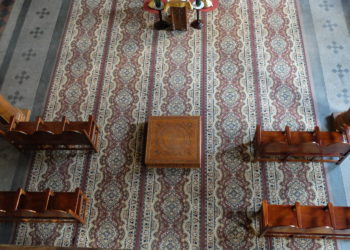 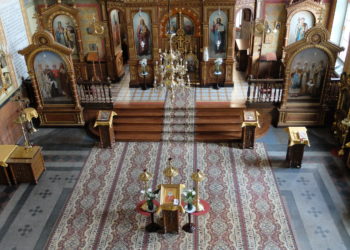 The church is a single-nave building, built on a rectangular plan with the chancel closed with an apse. In the axis of the church there is a tower covered with a helmet, in which the main entrance is located. The church has only one onion dome. Inside the church there is a three-row iconostasis. Originally it was supposed to go to St. Alexander Nevsky Church, but it turned out to be too high. The central element of the iconostasis is a cross, which separates the figures of Mary and the Archangel Gabriel shown in the scene of the Annunciation. Below, two icons show figures of the Evangelists. On either side of the Tsarist gates are, according to tradition, icons of Christ Pantocrator and the Mother of God. The ceiling of the church is covered with so-called carpet painting in red, blue, green and yellow colours. On the northern wall of the building the text of the Symbol of Faith and the Decalogue are written in the Slavonic language.