Entertain Pictures is a company that carries out projects in the creative sector and specializes in the development, production and promotion of creative documentary and hybrid films, including international co-productions. The company was established in 2015 on the initiative of a graduate of the Łódź Film School and Wajda School – Małgorzata Wabińska, Berlinale Talent, awarded for the Best Production Debut with the KIPA Main Prize in 2019 and nominated to the Polish Film Academy Awards. Entertain Pictures projects have been presented so far at prestigious international pitching events and have taken part in programs such as Docu Talents from the East in Karlovy Vary, The Goes to Cannes at the Cannes International Film Festival, Sofia Meetings, EURODOC, Doc Lab Poland and Studio Nowe Horyzonty+. 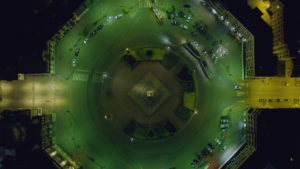